a recap of our Italian weekend at Taste of Italy LA and Little Italy Festa San Diego, plus tips on the perfect Gnocchi!

The best of Italy in LA with my Patriziella!! #tasteofitalyla

We had so much fun at the Italian events this weekend!

Our Italian fun started Saturday night, when we met in Downtown LA for Taste of Italy.  The venue was just as promised— the outdoor area in front of Pico House was transformed into a charming Italian-style piazza where guests could mingle and browse the various food and drink booths.

Our general admission tickets included six drink and six food tickets to be used at the booths of our choice, and that turned out to be more than enough to sample everything we wanted to try, and get quite full, too.

Some of the highlights included an amazing Garganelli with Sausage and Wild Fennel Pollen from the famous Drago Centro… (served directly from a Parmesan cheese wheel!)

…and lovely, pillowy gnocchi in a simple tomato sauce from Valentino in Santa Monica.

That got me thinking about gnocchi, a “simple” pasta made from three ingredients: potato, egg and flour. Because there are so few ingredients, there’s nothing to hide behind when making gnocchi, you have to know what you’re doing so that they remain light and fluffy, and not heavy or gummy.

I’ve never been able to master homemade gnocchi myself, which is why it was perfect that on Sunday, we attended the Little Italy Festa in San Diego and happened upon a live cooking demonstration from Cookbook Tavola Calda, in which chef Gregorio Serafini Pozzi discussed his tips and tricks for…you guessed it… gnocchi!

Instead of using a recipe with fixed amounts of potato, egg and flour, he suggests weighing your potatoes, and using the following ratio:

In other words, for every two pounds of potatoes, you’ll need one egg and a half cup of flour.

He also shared that too much moisture in the potatoes causes you to need more flour, and the excess flour is what makes gnocchi heavy and tough.  To help combat excess moisture, he stressed the importance of leaving the skin on the potatoes when boiling.

Some more of Chef Gregorio’s tips:

You’ll know your potatoes are done boiling when they are fork tender (meaning no resistance when you poke them with a fork).

Allow your potatoes to cool fully before trying to peel.

Remove as much excess moisture from your mashed potatoes as possible (and definitely don’t add water to the mixture).

Make your life easier and use a large, wide bowl to combine your mashed potatoes, eggs, and flour.

Make a “well” (he called it una fontana) in the center of your mashed potatoes, and put the eggs in the center.  Then add the flour in batches around the center.

Combine the ingredients, but be careful not to overwork the dough.

Form the dough into serpenti or snakes, approximately 10 inches long and cut into pieces from there.

After our demo, we browsed the various booths and ate lunch at Sorrento Ristorante.  We really felt as if we were back in Italy as we took our time feasting on several delicious antipasti in the outdoor patio area. On this visit, we ordered  Involtini di Melanzana, Carpaccio di Carne, Burrata con Spinaci, and Calamari Fritti, and you could feel the “order envy” from the table next to ours. It was a lot of food, but it was the perfect mix of heavier and lighter dishes, and we hit on all the best tastes in one meal!

After lunch, we needed to walk, and were fortunate enough to stumble upon a performance by our new favorite band Mbrascatu.  They are a cool mix of traditional folk elements from Italy and elsewhere infused with the modern coolness of Portland (the band’s hometown). We bought both of their CDs, and have been listening to our favorite tracks on repeat since.

Clearly, we weren’t the only ones who were feeling their sound:

Overall, it was such a sweet experience and we can’t wait to go back to both events next year. If you missed either this time around, start getting ready for October 2016!  Andiamo!!

(in order of appearance)

gnocchi (gli) — (singular: gnocco) Italian dough dumplings that can be made with any variation of potato, flour, and egg or similar ingredients depending on the regional variation
fontana (la) — fountain, in this case used where in English we would say “well” referring to the hole that’s made in the center of a bowl to help hold and combine various ingredients
serpente (il) — snake, refers to the shape that you roll your gnocchi or other pasta dough before cutting it into little “pillows”
antipasti (gli) (singular: l’antipasto) — appetizer, literally “before the meal”
involtini (gli) (singular: l’involtino) —roulades/rolls, formed when slices of meat or vegetables are wrapped around stuffings
melanzane (le) (singular: la melanzana) — eggplant
carpaccio di carne (il) — meat (often beef but could be veal, venison, or similar) pounded thin and served raw
burrata (la) — fresh Italian cheese made from mozzarella and cream
spinaci (gli) — spinach
calamari (i) (singular: il calamaro) — squid
fritti  (singular: fritto) — fried
andiamo! (from the verb andare – to go) — let’s go!
Seguimi!
Alex Barfuss
A true Italophile—I am so pleased to bring some of the best parts of Italy to you through CASAGIOVE.More than a market, I hope to create a real community and I invite you to comment, share your stories, or even just say "Ciao!".
Seguimi!
Latest posts by Alex Barfuss (see all)
Grazie for sharing!

A true Italophile—I am so pleased to bring some of the best parts of Italy to you through CASAGIOVE. More than a market, I hope to create a real community and I invite you to comment, share your stories, or even just say "Ciao!".

This site uses Akismet to reduce spam. Learn how your comment data is processed. 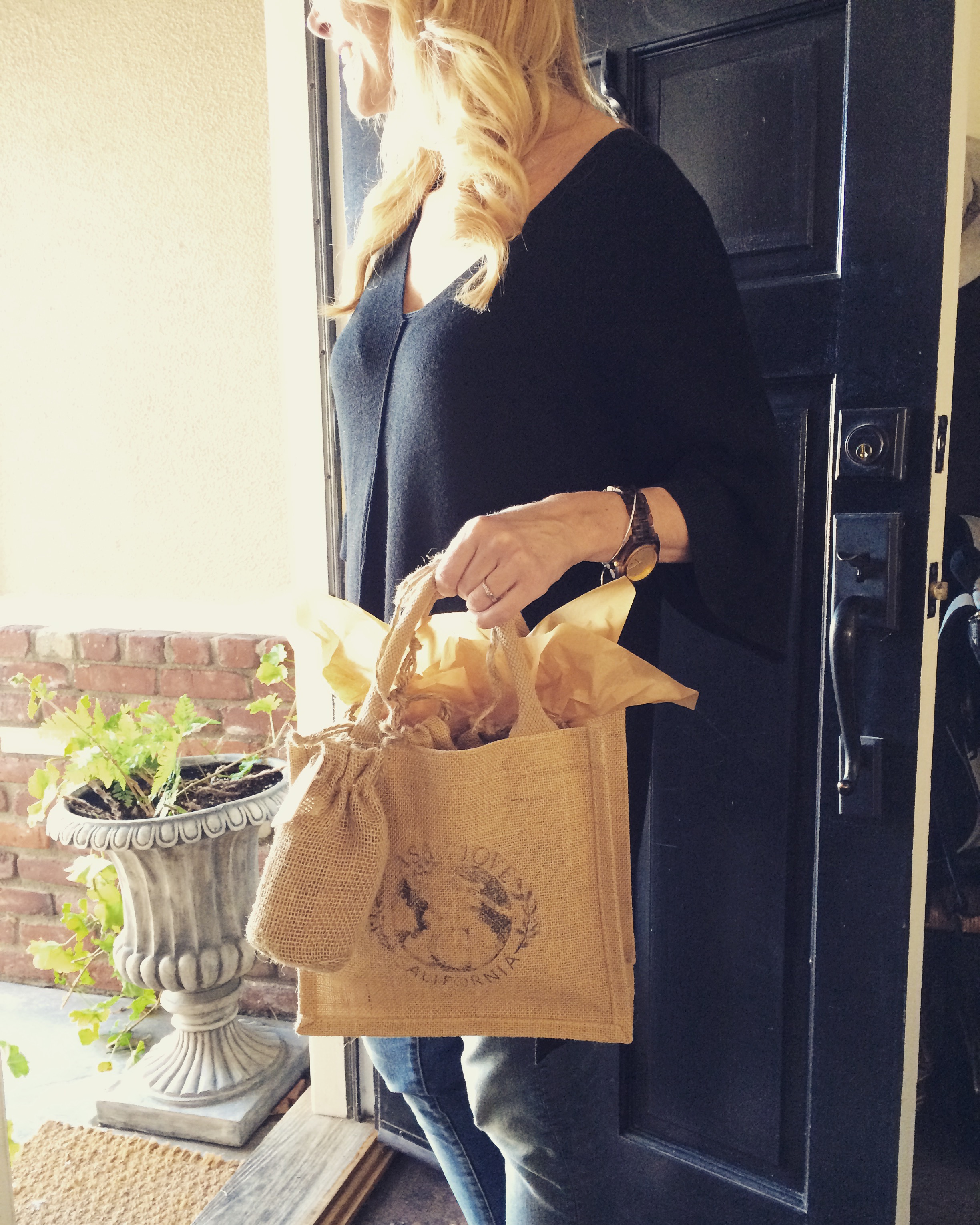